Someone asked me for a pic or two of the SNK candy 18 I have. I thought I'd take a few and put them up here. There's not a ton of info on them so it make be useful to someone. These are extremely awesome and very small cabs. 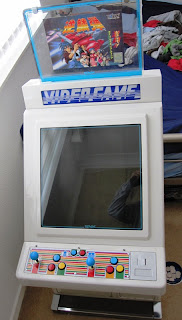 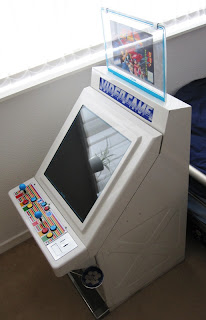 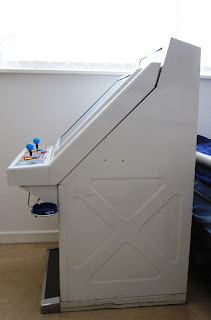 The marquee holders are nice. The back plate is very thick with a bevelled edge. It gives a cool illuminated edge look when the marquee light is illuminated. 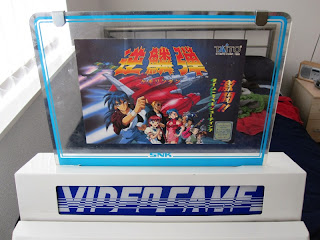 This is the most common panel I've seen but I know there are at least two other panels for these cabs: an awesome 1L panel and a mah jong panel. I don't own either at the moment although hopefully I may pick up the mah jong one soon... An awesome French guy is seeing about reproducing the 1L panel too! 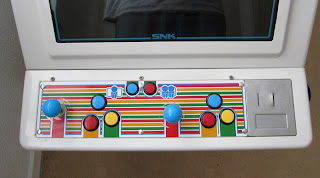 As you can possibly tell I didn't give this cab an internal clean when I got it... The underneath of the cp is pretty dirty too as you'll see lower down. The rest of the exterior looks nice though! This cab is 200V converted. I'm unsure how much of the PSU stuff is original. 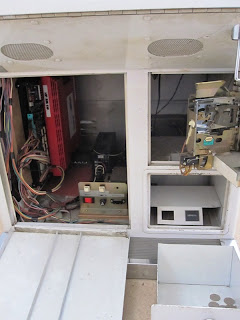 Nice flip up lid with holding mechanism. Smoked glass over the monitor. These have MS718s in them. All of the ones I've seen have had nasty burn on the tubes. I'm unsure if that's due to the stock tube used or the age or the way they were used. 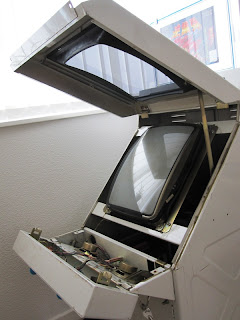 Here's a rarity. SNK cabs have attachments below the cp for this ashtray holder. You'll see the little metal attchment on nearly any SNK cab (for example my MVS U4) but they're almost always snapped off. I've not seen another intact one. I'm considering trying to repro to arm part to use with the cab attachment parts I have so I have a holder for my U4. 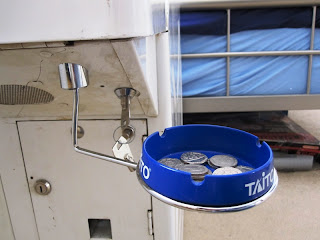 Email ThisBlogThis!Share to TwitterShare to FacebookShare to Pinterest
Labels: candy 18