I picked this curiosity up at the weekend 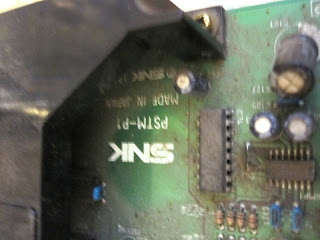 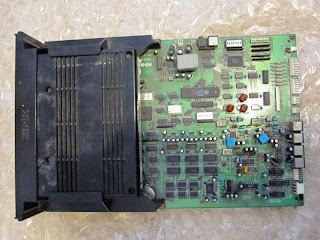 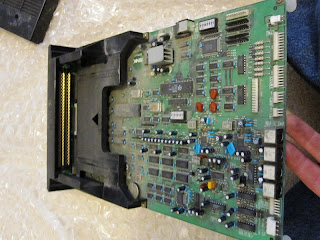 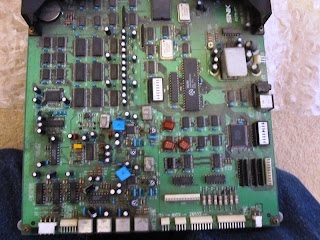 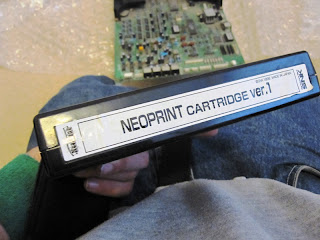 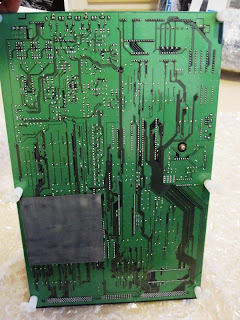 It's an SNK neo print cart and mother board. It would have lived in a cabinet much like the one in the link below

It's a photo machine which allows some image editing (adding borders etc), it then prints stickers of the image you came up with. There were apparently lots of carts released in Japan specially themed for certain occasions etc. I guess world versions were less numerous.

It looks a lot like an MVS set up but as you can see there's no jamma edge and the PCB is actually pretty different. I like that long row of caps down the centre. The cart apparently won't boot in an MVS mobo either, it will just hang on black screen.

An interesting piece of kit but I can't say it'll going to be much use to me!
Posted by Thom at 9:49 PM