The last thing to do is to hack in the 360 wheel. To do that you need to dismantle it.

First remove these allen bolts and lift off the face plate 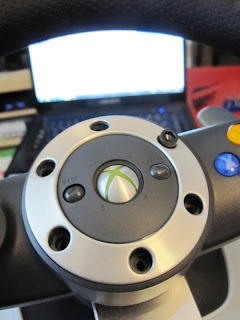 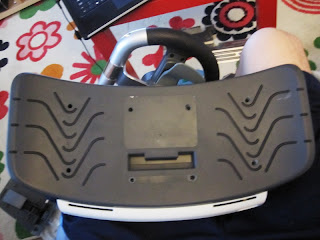 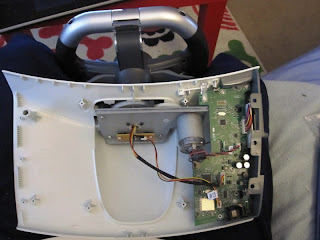 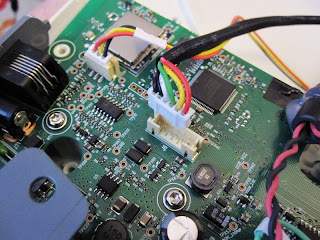 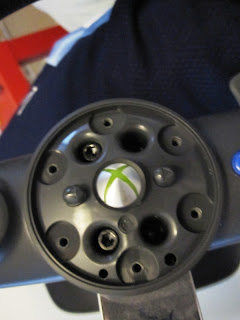 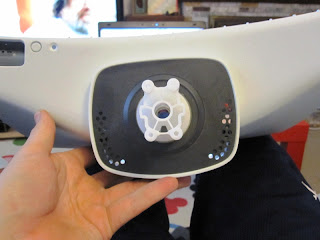 I bought this daytona dash to use. It avoids hacking up the ID one to allow the conversion to be undone in future if I want. 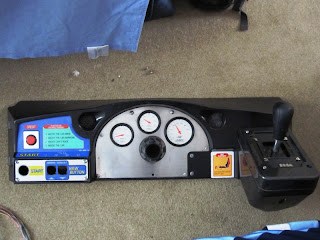 I then fabricated a board that attached to the rear of the dash and screwed this to it. I trimmed the case down a bit but kept it there as it was useful for the pcb mounting etc. I'll put up meausrements for the board when I remember. I put a lot of screws through that grey section in the pic above into the wooden board. The central axle sits like this. Notice I had to trim the central plastic section the steering axle runs through. I also had to file the metal mounting plate to expand the axle hole from from 40mm to 50mm. 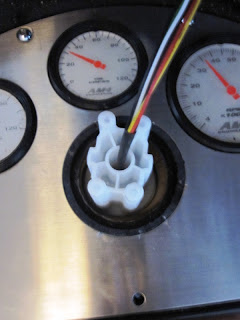 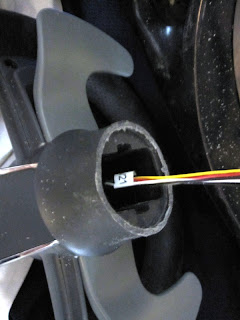 And that was about that!

The wheel sits pretty close to the dash at the moment. I really need a longer version of the white wheel axle thingy to allow it to sit 4 or 5 cm closer to the driver. I have a friend who'll hopefully make me one some time soonish. The cab will need to be out of action while that's happening though so I decided to play it for a month or so before I go for that. It's playable now if not ideal.

Here's a little vid of a friend giving it a whirl.

As for other things I may possibly do:
Add the missing buttons in the dash and wire them up to something. Currently only the start button is populated, that's the degauss
replace 4 way shifter with an up / down and wire it up. Currently the shifter is just for show. I use the paddles mounted on the wheel
swap monitor, either for another 31k CRT with no burn (this has ID burn and isn't amazing in terms of geometry etc) or possibly or an LCD. The Sega framed LCD upgrade is unfortunately out of my price range at the minute.
Posted by Thom at 6:16 PM