I got this cab in pieces. The first step is to pop the shell back together.

Start with the main base section 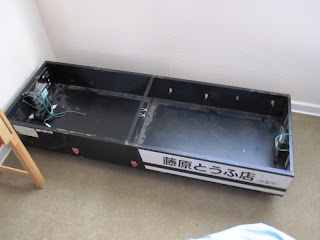 Add the pcb mounting boards. Empty in this case apart from the transformer and little power distribution board. 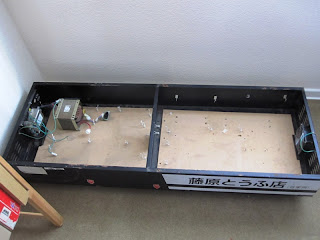 The pedal mounting box thingy goes on next. Four bolts. 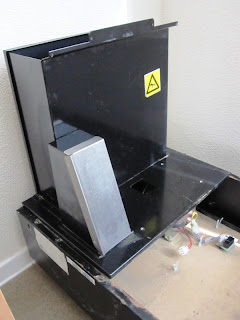 Then the lower monitor frame. More bolts either side. 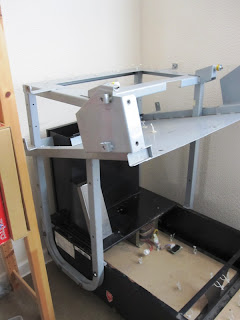 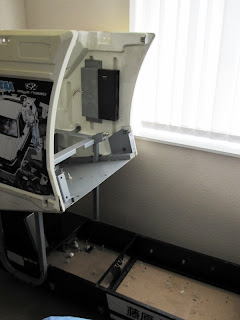 And then the top monitor mounting bracket. 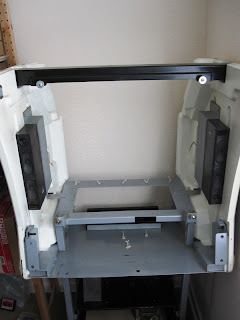 The monitor goes in next. There's a 29e31s in this one at the moment 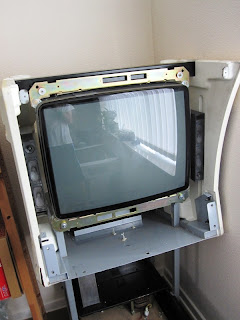 On with top monitor cover and the topper box. I had to remove the front section (just a couple of security torx screws) to insert some of the bolts and wire it up 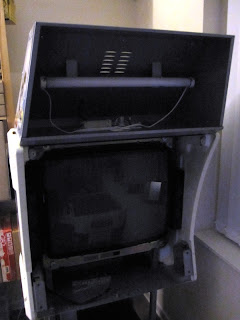 You can also pop on the rear monitor cover at his point once you've hooked up the monitor power and VGA and fiddled with any pots you need to on the chassis.

The seat also came in a lot of bits. his small base section goes on with a few bolts 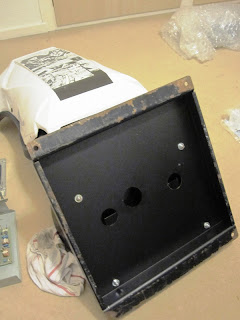 Followed by the larger piece which bolts to the main body of the cab. 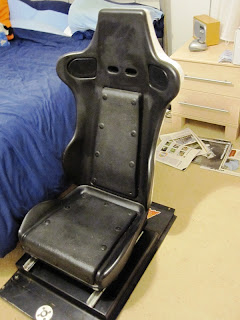 In the shots below the main body of the cab is all assembled. I've also popped the pedals in place (more on them later), inserted a 5.1 audio amp (big silver box in the base) and attached some speakers to it. There are the two original speakers flanking the monitor, a central one which you can see in the behind CP space, a large active woofer under the seat (decased) and two speakers in the gull wings. ID didn't come with gullwing speakers despite having the cases for them so I fitted a couple I had lying around. They're a lot smaller than the stock ones but do the job. 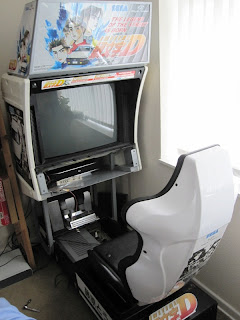 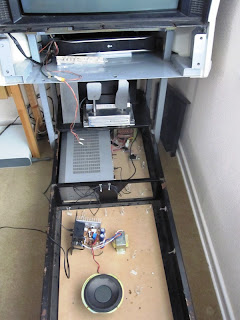