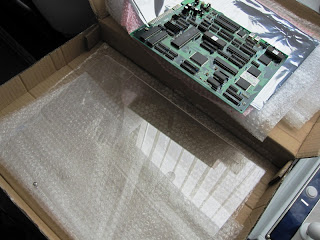 I got this parcel from my good friend FrancoB today (you should buy some of his repro marquee holders!). 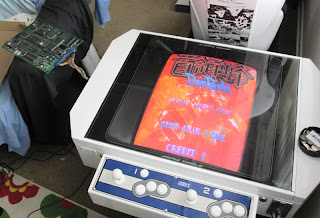 It contained this lovely bit of shmup history. For those who don't know, Donpachi was released in 1995. It was cave's first release following the dissolution of toaplan and the formation of cave. There's a cool easter egg thing on the high score table I noticed. When it's first turned on and has the default names in the score table if you read the initials in the score table it says 'toaplan for ever'. I've had a fair few credits. I like it a lot. Gets pretty hard from the latter parts of L2 onwards. 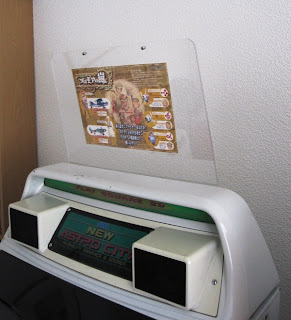 I also got a repro marquee holder for the NAC. Looks loads better with it. It looked pretty squat and dumpy before in my eyes. I popped some repro progear no arashi art in there since that's what's in the cab still. I've also just bought an ibara pcb but that had been here for a couple of months on loan anyway. I love that game. Crushingly, unforgivingly hard. Totally awesome!