How to strip a New Astro City

Of the two cabs that turned up the other day one will be staying with me. That's the subject of this little entry, a Sega New Astro City.

Unfortunately it's 4cm too wide to fit through the internal doors in my place and, unlike an E2 for example, the CP box can't just be removed to allow it to go through sideways. That means I had to strip the cab down and bring it inside in pieces. I thought I'd document the steps here. It may come in handy for someone down the line.

First you need to remove this panel behind the flourescent tube. On my cab it was attached with phillips head screws but I'd guess perhaps originally it had security torx. 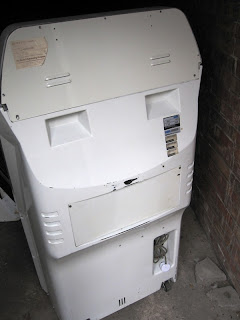 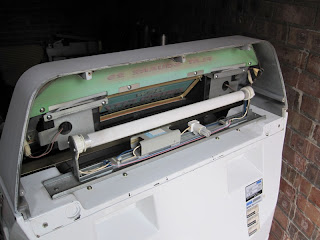 Then round the front, open up the CP and remove these screws holding on the monitor surround. 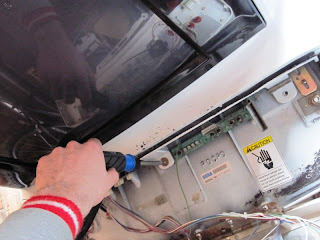 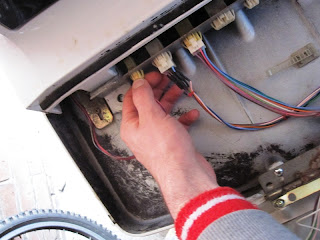 You can then lift off the monitor surround. 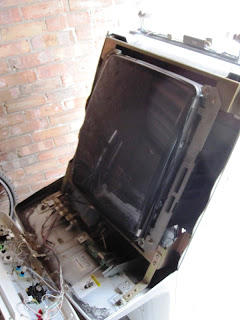 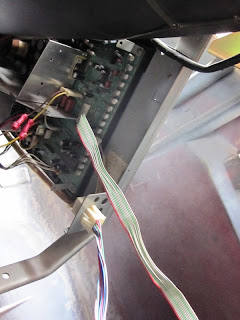 Then remove the bolts attaching the monitor to the frame 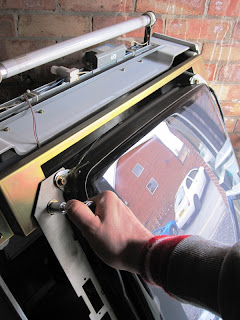 And lift it out 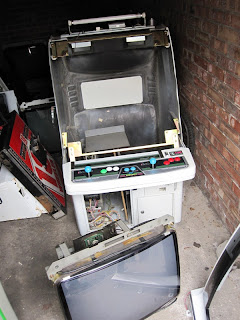 Almost there. But this last step's the worst. You need to separate the two halves of the base section. There are screws around the bottom at the back and also running up the sides as shown here. These can be extremely stubborn. You'll need a large, quality screwdriver or bits. I battled with some of mine for over an hour using a range of tools and brute force. In the end I had to resort to cutting the last two. 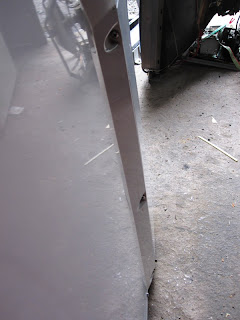 You also need to remove these screws attaching the monitor framing to the other half of the cab. You can then just separate the two halves of the base. 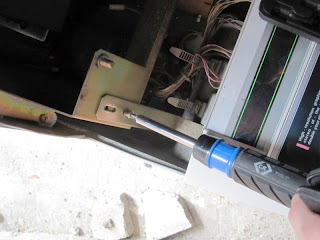 Here are the bits inside and ready to be reassembled 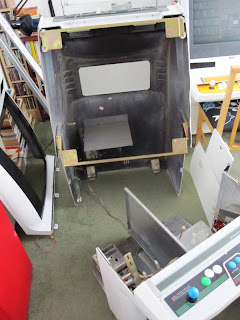 After following all the steps in reverse here's what you end up with. 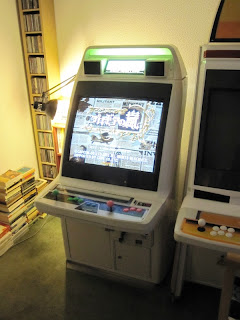 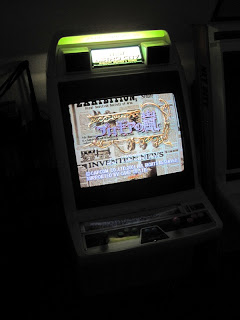 I swapped the monitor that came with the cab for the beautiful burn free tosh tube MS9 I picked up a month or so ago. It has pretty good geometry (one corner's off, as with pretty much all MS9s I've seen). Perfect convergence. Great image. 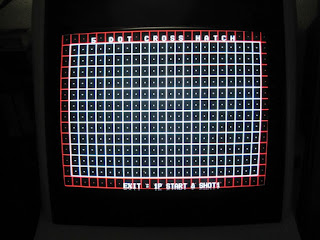 Here's a peek under the hood. 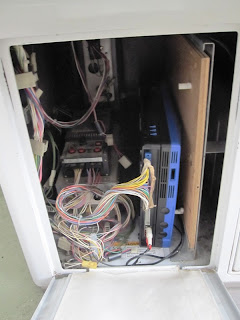 You can just see the stereo amp under the PSU. Very happy to have that. I haven't yet tracked down where the issue is (I think dodgy pins in an AMP connector) but currently when playing in stereo I'm only getting audio through the left channel. The test and service buttons on the PSU aren't working either for some reason. I'll sort that sooner or later. For now I'm having too much fun playing progear to mess with it.

The cab has had a working life in the UK I believe. It's 220V with a sega internal stepdown. That's not an aftermarket mod, it's sega labelled as 220V on the power rating sticker round the back.

The shell's a little worse for wear but it's purely cosmetic. The paint has been worn in a lot of spots down to the black layer below. Once I have some spare funds I'll get it preofessionally resprayed. The side art's OK so I'll just mask that off and leave it. There aren't any cracks or anything. With a through scrub inside and a coat of paint it'll be pretty minty.
Posted by Thom at 7:52 PM