New arrivals - A pair of pcbs

One of these had actually been sitting in the sorting office waiting for me since before christmas. I only managed to get there this morning though. First up is... 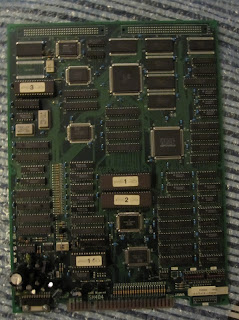 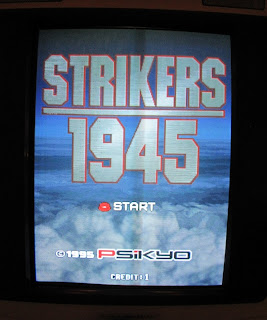 It's a rather nice pcb. A lovely Japan version too. Sadly it has a slight fault. I bought it knowing that though. The price was right. Intermittantly there is a sprite fault where all the sprites are replaced with white rectangles. I'm almost certain that it's due to a dry solder. If you keep it in a certain orientation it seems OK so fingers crossed it'll be an alright fix. I managed to play a credit or two just fine so long as I didn't move it. 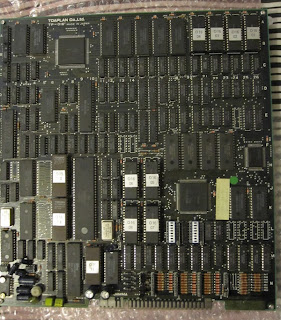 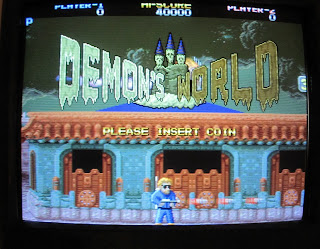 It's supposed to not be a great game though sadly. I'll give it a go and make my own mind up like. Most toaplan stuff is decent.
Posted by Thom at 6:58 PM