New arrivals - A little more MVS and another oldie 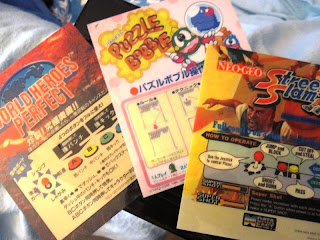 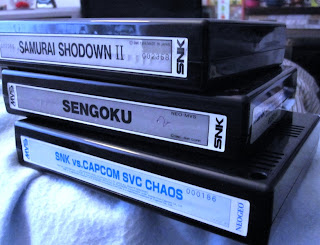 I also got this old, old pcb. It's Stinger by Seibu Denshi. It was released in 1983 and was Seibu's first release. I paid for this ages and ages ago but due to a string of delays it only arrived the other day. With this there's not only one Seibu shooter I haven't got. This one is really interesting. 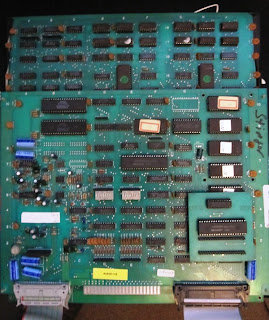 It's horizontally scrolling on a vertical screen with isometric sections. I recorded this video of my first credit. The dip settings seem a little strange and I had no idea what I was doing. A couple of really silly deaths near the start too but it'll give you a bit of an idea how it plays. I can't think of another side scrolling vert shooter.

[Blogger doesn't seem to want to upload the vid. Maybe it's too large. I'll put it on youtube some time soon and link to it.]
Posted by Thom at 7:37 PM