I had another little influx of goodess! Firstly a nice dynablaster / bomberman pcb. It's really good fun, was nice and cheap and is a beautiful original irem board with a lovely foil seal sticker. I may try to ROM swap it into a bomberman since that has an extra mode in two player I think. 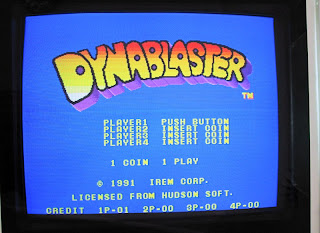 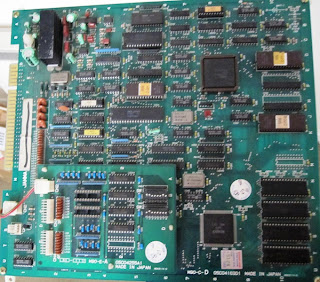 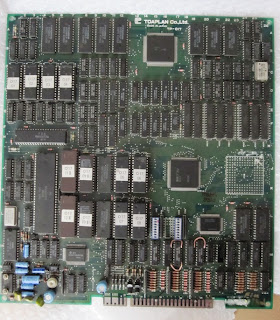 It's the fantastic and fantastically hard fire shark. I've played this a LOT since it turned up. It's awesome. I definately need Same! Same! Same! ROMs for it though. The list of ROMs I need is pretty long now. The price adds up when you need a bunch. 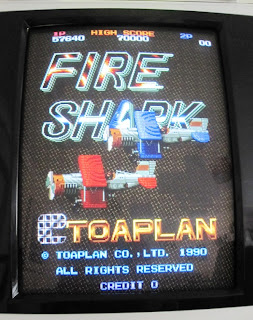 And, finally, for this little flurry of parcels, I got this. It's mahjong bakatonosama manyuki. The quiz and mahjong carts aren't very common outside Japan although they are plentiful and cheap there. I imported this one. It was only about £9 including SAL shipping from Japan. With this one I now have 81 / 148 mvs games. 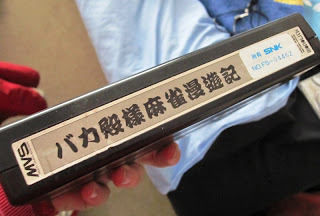