New arrivals and a trip to replay

I had a good weekend. I took the long train journey over to Blackpool to replay. I'd lent a couple of cabs too. Was great to catch up with some friends from arcade otaku and play a few games. There was a bunch of console stuff, masses of pinball cabs and a fair number of woody cabs but I mainly stuck around the candy cabs. Mostly playing games I own too. I was unable to resist the siren call of ibara, the greatest game ever made. I managed to beat my high score on it too! Just a shame it's not on my pcb so it's not on my score table. I'll have to top it on my own. There was a small but nice row of candys. There were due to be a binch more but one exhibitor pulled out at the last minute sadly. I'd have lent more had I known. 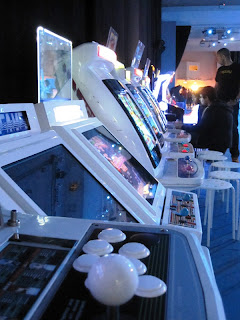 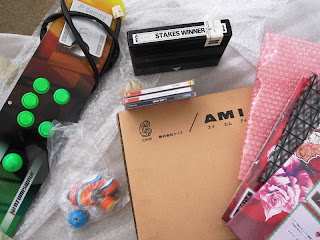 Since it's my favourite game I decided to pick up an ibara kit to go with my bare pcb. I'd love an original poster too in theory but actually I just don't think the picture's all that good. It's a shame. Nearly every ther cave game has a better poster. I also grabbed a stakes winner cart. That brings me to 70 of 148 MVS games owned.

The AWSD panel I plan to get a repro overlay for. I'll patch the card reader hole and turn it into a 1L E2 panel. I'll hold ono my nice original 2L 8B panel too but it's pretty much a dedicated ibara ca so I may as well have a 1L panel in it. I'll perhaps use button 3 as the start button though to make it easier to centre the options.

The new buttons and ball top are for the pony. I swapped them in today. The colours match those in the light up header. I quite like the look. 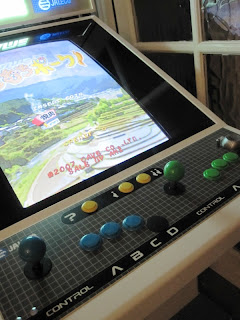