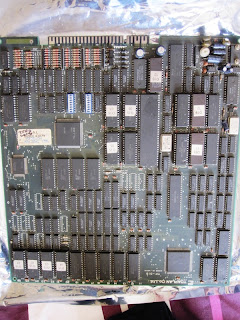 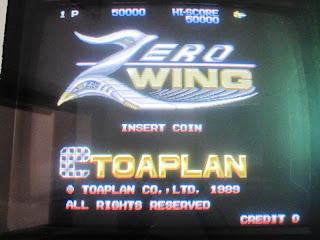 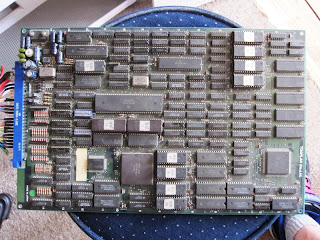 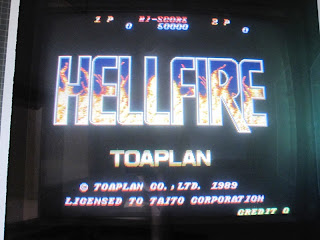 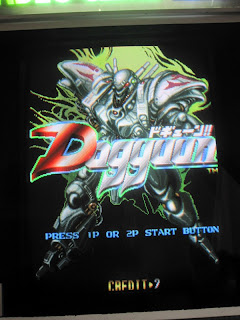 Another day, another three toaplan pcbs. Having to let go of so many cabs because of the move has had its benefits; I've managed to snag some nice bits in trade and had the money to buy a few bits and pieces too. I'm really looking forward to playing zero wing and hellfire; I only have a U4 as a hori cab at the moment and that's obviously MVS wired rather than straight JAMMA. For now I could only test them on a vert cab but I have an MVS > JAMMA adapter in the post. Hopefully it'll turn up very soon! Dogyuun is pretty good fun, I need to spend a bit more time with it, so far I'm liking the graphics and music and stuff but I'm not sold ont he power up mechanic. We'll see.

Email ThisBlogThis!Share to TwitterShare to FacebookShare to Pinterest
Labels: toaplan