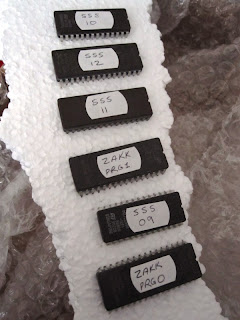 I said there'd be more on those ROMs I received the other day. The ones labelled ZAKK are for my Garegga pcb. The Zakk ROMs fix a number of niggly little issues witht he game such as the rank increasing with plays etc. I fancied that and also wanted some other ROMs anyway since I had an asian board and fancied a JP one with those extends etc. These and the others were burned by the exceptionally helpful Southtown Homebrew. 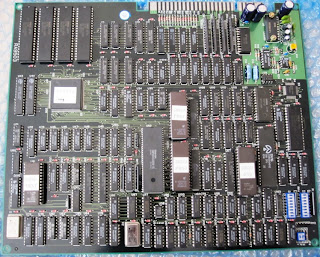 The chips you need to swap are the two in the centre. 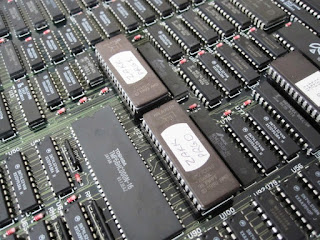 Easily done. I also needed to change the region of my board. 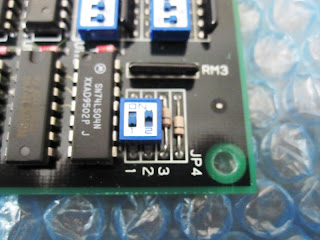 To do so I just had to clip these two jumpers. Located int he bottom right on the board on the above pic. 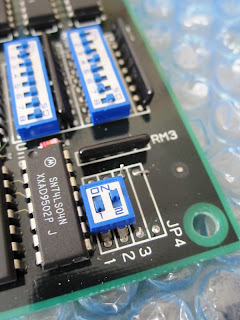 Another super simple job. And that's it! 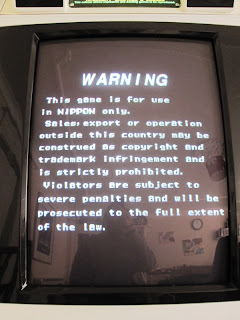 The other 4 chips up there are to turn my fire shark into a same! same! same!. The JP region same game is substantially different. It's one player only (fire shark has 2p) it's zoomed in somewhat and the screen can scroll a little left and right (fire shark is slightly panned out and the screen only scrolls directly up, it has checkpoints (shame since they are mega annoying in any game) and it's substantially harder. There are a bunch of minor differences in enemy fire patterns and pick up colours and stuff too. Well worth doing. 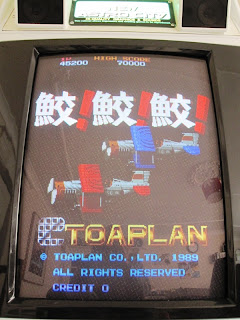 The two sets of chips, including international postage, only set me back $37. And Southtown wouldn't accept payment til I'd confirmed they worked. Superb service, speedy and reasonably priced. I'll certainly use them if I need any mor ROMs burning.
Posted by Thom at 7:56 PM